A Trane Tracker controlled office and warehouse building had a rogue schedule, resulting in a HVAC bill that was 20 percent higher than necessary for the tenant.  The building had 10 roof-top units (RTU’s), including one CRAC (Computer Room Air Conditioning) unit and nine package units.  In addition to running during normal operating hours, all nine RTU’s were showing runtime on Saturdays — when the building was unoccupied.  Neither the owner nor tenant were aware of the issue.  Simply put, these machines were operating 20 percent longer than needed which not only led to higher HVAC expense for the tenant but, ultimately, would have shortened the lifetime of the equipment, reducing the property owner’s ROI.

Although BAS (Building Automation Systems) can streamline and help control a big facility, mistakes in BAS programming are often compounded — or missed altogether — without monitoring tools.    As buildings with BAS get passed from tenant to tenant and HVAC service to HVAC service, valuable knowledge is often lost as to how the BAS and subsequent schedules were set up.  It can be tedious and expensive to recommission the building and do a full audit of schedules within the BAS.  Until there is a complaint, these sort of problem situations can drag on for months or years,  wasting energy and money.

The facility we were working on is a typical high tech office building with an attached warehouse area.  It has a total of 10 units, one Trane Voyager used as a CRAC unit and 9 other Trane Voyagers of various vintages.  All the units that we were monitoring were on the roof of the building. 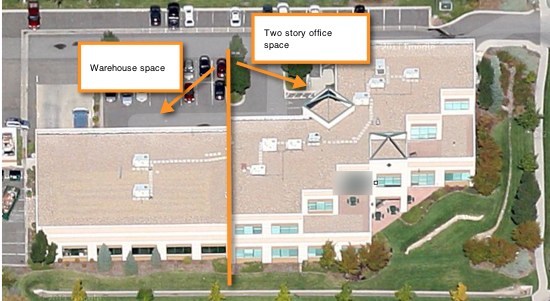 Soon after Virtjoule’s HVAC monitoring sensors were installed on the Trane Voyagers, it became apparent that there was a scheduling problem with the building.  All the units would start up on Saturday mornings at, but not exactly on, their normal weekday hour.  The slightly different start time was the first clue that an extra schedule was in the system.  Shutdowns were often at the same time as the weekday schedule for each unit.

This is a professional building with product developers and executives and featuring some manufacturing and warehouse space.  Although employees can come in on the weekend, there is no need for the building to be completely heated or cooled for just a few people.  Employees do have access to thermostats to regulate heating or cooling if they wish.

The building engineer was alerted and initially puzzled by the situation since he thought the building should be in “unoccupied mode”.  He proceeded to work carefully through the BAS system and located the rogue schedule.

Because the rogue Saturday schedules were so similar to the weekday schedule, it’s easy to see that the owners of this facility have now reduced the wear and tear on the equipment they own by one day a week — or 52 days a year!  The tenant is saving over 16 percent on their HVAC expenses (having paid 20% more than they should have) and presumably, over a longer period of time, will save on maintenance as the number of calls should decrease.